Priyanka Reddy represented the embodiment of an ‘All Indian woman’. Her picture staring at us looks so alive, gentle, beautiful and compassionate. Her profession was meant to care for the mute animals and restoring their life. She represented the finest values that any Indian woman stood for, independent and rooted in civilizational values. Her face resplendent, radiant in the bright colored dress, the bindi and entire attire all point to a person who looks trustworthy and ready to help. Her eyes and smile looked disarming. She would be the first one you may think of going to when in trouble in a crowded place. She could be anyone’s loving sister, a daughter who takes care of old parents. She had a bright future as a professional and a homemaker, one who could have been a beautiful mother and raise children. Her parents would never have that joy now.

Why was such a beautiful person raped and why did her murderers extinguish her life so brutally?

The answer lies in the very essence of what she stood for and symbolized and what her rapists and murderers saw in her as opposite to their idea of who a woman should be.

Several people have called me up in the last few days. Two of them were men who have grown up daughters and who travel for work every day. A journalist called up wanting to know what kind of men would commit a heinous crime like that. But the most disturbing was my friend’s teenage daughter. She wanted to know why men such as Mohammed Pasha rape and what kind of men led by him burn the body afterwards.

“Have you worked on such cases,” she asked, “and if you can tell me why they do so?”

This article is my tribute to Priyanka Reddy and all sexual assault victims I have worked with and testified on their behalf in the courts.

There are two issues here. One is the sexual assault and the other the burning of her body by her perpetrators. The two are separate, have different meanings but have to be understood as part of a single world view of her perpetrators. Both are associated with violent fantasies about women fed into them that may be unique, part of worldview that is not easily shared.

Priyanka Reddy called up her home feeling terrified. Girls, working women all over India do so routinely while passing through certain areas or key spots. These are the areas where even the police are apprehensive of attending a call in distress.

The perpetrators of Priyanka Reddy zeroed down on her in an organized, calculated and planned way. They punctured her tyres, surrounded her and then offered to help before raping her. It is a sexual game similar to ‘Taharrush’, played under conditions in an area where a group of perpetrators feel safe and in control over the victim and know no one will come to stop them because they are so many in number. Why her perpetrators felt in control in that area is no rocket science. A rape such as this is worked out to the last detail number of times in an environment that permits and encourages such a behavior.

In my interactions with convicts many shared that but why play Taharrush? Why not make it simpler say like abducting and committing the assault and then run away? Why delay and give a chance to the police? The answer to these questions is not difficult to understand. Making it a game doesn’t make it seem a crime, but an act of bravado like a hunter, even mandated and sanctioned in the environment such men grow up. The game creates no guilt, no shame. Ask prisoners across the world. They will tell you all this smilingly. Or better, ask a former Chief Minister of our country. He will tell you why boys will be boys.

Mr. Ali, the home minister in the State, in his infinite wisdom proclaimed if Priyanka Reddy had called the police she would have survived. He would do well to check if his own policemen feel secure enough to venture into an area like that and attend the call especially during the night?

How could four men approach, surround and rape a woman and then burn her body without any fear of being discovered? Such men establish power and control and never have any doubt about it. It is a similar strategy that men used to commit rape in a highly crowded square on New Year’s eve in Germany few years ago. They had no fear of being discovered or caught.

Gangs who commit such crimes do so by and large with a deep seated hatred for women and often think so as a collective before they attempt such a crime. They don’t see a woman as a human being, much less as someone who lives her own life on her own terms, driving with confidence not covering her face, through their area. In their collective conversation and discussion such women are referred to as ‘the other’, violating whose body is perhaps no crime. She is ‘the other’ for men like Mohammed Pasha whom raping and even killing has little consequences. She is an alien with an identity that is foreign, who has been dehumanized a million times before. Her body therefore, is burnt not to erase evidence but to express the inner hatred they carry built up over their lifetime.

Such men who sexually assault and kill show a brutality of being part of a larger eco-system of hatred. The disposal of the body is only a signature act, the burning symbolic of the hatred. Burning of the body leads to a strong putrid smell with chances of discovery. Why did they not have the fear they will be found and discovered. The answer lies in the fearlessness of such men who play games similar to Taharrush. They feel invincible and in control.

Do such groups have an identity? Yes and it is around hatred that doesn’t develop in a day. It is nurtured and grows over a period making them a gang with a purpose to kill brutally. They are rarely first time criminals who use a blitz attack to stun, rape and kill. Their beliefs are shared, from gender and faith on one hand to a deeper pathology not usually shared. The leader in such a gang leads by example, from how you encircle a woman to what you do with her body, dead or alive.

Sexual assault is described by victims through feelings – terrified, dirty, violated, confused, ashamed. They describe it less so through acts or events as our Minister believes women in our country do. This is what Priyanka Reddy possibly went through in her final moments when she faced those men on that terrible night.

But Priyanka Reddy’s perpetrators surely went through an opposite set of feelings. For them it was an act whose seeds developed long ago in the environment they lived in and one they perfected to teach a lesson to a woman who passed through their area defying their worldview.

Will we as a society ever understand what Priyanka Reddy and millions of women go through when they pass by certain areas and what some perpetrators think when they pass them by? When we will understand that, perhaps we can also understand why women like Priyanka Reddy become victims of rape and get killed by men like Mohammed Pasha and his team. Till then we as a society cannot look at ourselves in the eye and wonder why there is so little justice for women. 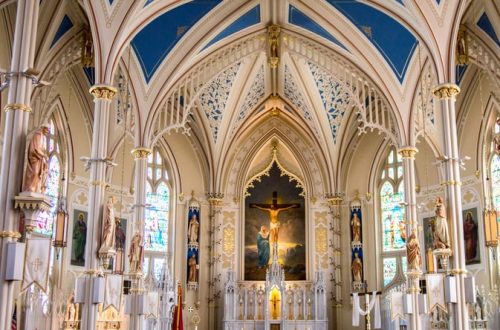 A dialogue on what it may mean to forgive in the name of God
March 4, 2018 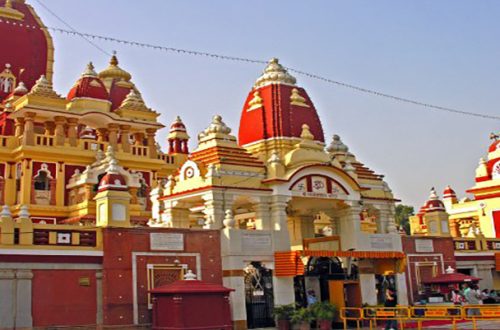 Did the building of Birla Temple in Delhi end an era of fear for Hindus?
October 30, 2017 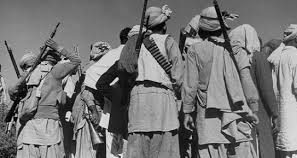 One thought on “A Tribute to Priyanka Reddy”