The Citizenship Amendment Bill (CAB/CAA) has achieved something which nothing in Indian history could do so far. In one harsh moment everything that the world remotely knew about Hindu persecution has come to life and become real. The story of Hindu persecution is no longer an imaginary tale but a real one, out in front for everyone.

Why is the story of Hindu persecution so difficult to accept? Not because it didn’t happen, but because persecutors in every age, their descendants have tried to hide, deny and put a lid over it. Today the lid is open.

India’s partition in 1947 is part of that. It is still a raw wound that pierces and ruptures our identity. The partition was carried out by our leaders on the premise that Hindus and Muslims can never co-exist as part of a single nation. It was a betrayal by one man for power. How real is that prophecy today?

Hindus do not practice exclusion as an ideology. The concept of ‘the other’ simply doesn’t exist in our philosophy. ‘Vasudaiva Kutumbakam’ was our motto. Hindus never rejected but assimilated other faiths that came here. But at what cost? Have the others acknowledged this tolerance?

Awareness that one is being excluded is the beginning of political consciousness and human rights. So, today by understanding it and exercising his right to survive, is the Hindu taking a step and finally coming of age to become a ‘political being’? Is he getting aware how his human rights have been trampled with?

During my book tour in USA, a woman came up to ask if I would meet her ninety-five-year-old grandmother. “She would like to meet you,” she said. Wondering why, I went and gifted my book and told her it is on Hindu persecution. She took it lovingly and asked me if I will also write about partition. I didn’t realize when she began to tell me the story of her escape from Lahore, of her sexual violation and other women and how she was the only woman to escape to India. After I left, I realized though I had listened to countless narratives of rape, I had been rarely affected like I was by her story. It took me sometime to figure it out. She was the last one of her generation, the lone survivor left to talk about an incident and was leaving me as a witness. She had unknowingly left me with a responsibility.

Before leaving, she told me, “I read newspapers every day. The rapes and kidnappings of Hindu girls hasn’t stopped in Pakistan. Do you think your generation will be able to end it?” She had made me aware of a reality. She was the last of the generation to speak in first person about partition and Hindu persecution and my generation may be the last one to correct the historical wrongs of India.

Today, the demography at many places in India and her neighbors has changed forever where Hindus cannot live anymore due to religious persecution. Places where they have lived for generations are off bound for them. Why it is so difficult for the world to see it and accept it?

The political will to correct this injustice has risen like never before. We may be the last generation to bear witness and correct this historical wrong done to our ancestors and redeem it for our future generations. Our silence now will become a silence for all times.

Why is it then a law that gives citizenship to persecuted Hindus wishing to escape to India face such violent protests? But in the protests, the anger seems to be directed at the exclusion of Muslims from the law.

For eight hundred years in India it is the Muslims who made law for the Hindus. After that it was the British. It may be for the first time that a law has been made where the Muslims as a group are excluded. The very exclusion brings to focus a harsh and tragic reality denied so far. The exclusion also shows that there is a new definition of justice taking into account historical truths and not bending to appeasement of any group that is hypocritical. So, has something changed that didn’t exist before? Is the wheel of justice turning?

The answer may be lies in the balance of power shifting between the Hindus and Muslims of India. The Muslims, the Christians saw themselves as different, as asymmetric and more powerful than Hindus. Ask any Missionary or Moulavi about Hindu gods and religious practices and you will know. That relationship may now change forever. Whether it is the article 25 to 30 of our Constitution, discriminatory laws, Hindus always were at receiving end and faced psychological exclusion. It was never vice versa. With the Hindu surviving in an asymmetric relationship, discrimination was the rule and the decision to implement it was with the other. The Hindu survived through appeasement and accepted his servitude, even humiliation hiding behind a rationalization of secularism. Is that getting over?

Is the Hindu no longer willing to accept his destiny and wake up? Why is he questioning the status quo unchanged for a millennium? Does the answer lie in that Hindu no longer is willing to accept injustice? Has he too begun to dream like former slaves do one day? Is it then that the slave within the Hindu is finally throwing away the yoke that bound him for a millennium? As Franz Fanon put it in his famous phrase and the one, I quote, “Is he too no longer the ‘wretched of the earth’ in this case Bharat.”

The secular artists, poets and authors of India had painted a romantic picture of India where misguided and misinformed Hindus walked with their eyes and ears closed, clueless and guided by the wise and compassionate Abrahamics. The eyes and ears have opened now. The reality is for all to see.

India, sorry Bharat is waking up. The longest period of denial in history is coming to an end. The club of victimhood, nurtured by secularists and reserved for a few has no membership. The slave and the master for the first time are sitting at the same table.

Whether it is Article 370, Ram Janma Bhumi judgement or the Citizenship Amendment bill, all bring out the singularity of trauma for a Hindu. Every Hindu who now brings up his case for citizenship will create an awareness about his history. The past of the Hindu, hidden under a dark cloud that never came out in the open, is there for all to see now.

Why is it that Hindus never claimed atrocities committed against them as crimes against humanity like others? Whether it was the Direct Action Day or genocide in Bangladesh or in the numerous programs, why did he stay silent? Why did he think he had no human rights?

So, is a new dawn of human rights finally breaking? Human rights that begin through ‘empathy for the other’, towards a person whom one doesn’t know. The Hindu in India rarely felt an empathy towards his brothers and sisters outside India. We were busy with our own survival and of no one else. The Hindu who had to protect his daughter in Pakistan, the Hindu in Bangladesh who lived under the fear of a blasphemy, all knew they were alone and fighting a lone battle.

The abrogation of Article 370, the Ram Janma Bhumi judgement, the polarization in the name of CAB exposes that deep fault line that is now finding a healing touch. The relationship between Hindus and Muslims, long held by a balance of power that tilted towards an imagined victimhood of the latter, may soon bite the dust. The true victim will speak now.

After independence, India needed a broad program of public education to create an awareness of the historical persecution of its people, that could only happen with detailed truth telling and a fearless leadership. We missed both after independence.

Today, all citizens on India, belonging to every religion, from every corner irrespective of any ideology owe a moral responsibility to support the persecuted who look towards us for protection.

Will the Hindus and the Muslims be able to co-exist in India in future? We may be the last generation to correct the historical wrongs done to our ancestors and can make it possible only if we begin to acknowledge the injustices that have never been addressed as a nation. The price to achieve that may be high but as the famous quote by Martin Luther King says, “There is no peace without justice.” 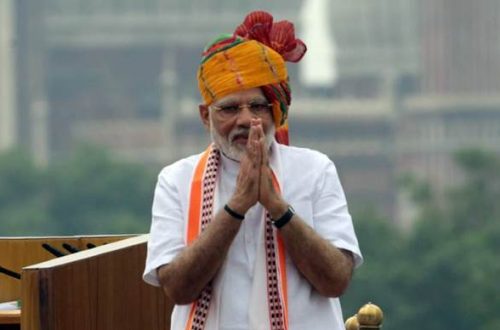 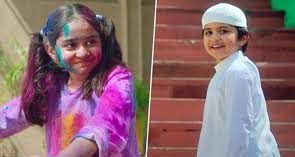 Why The Surf Excel Advertisement Divides Rather Than Heals
March 12, 2019

3 thoughts on “Are We the Last Generation to Correct Injustices Against Our People?”