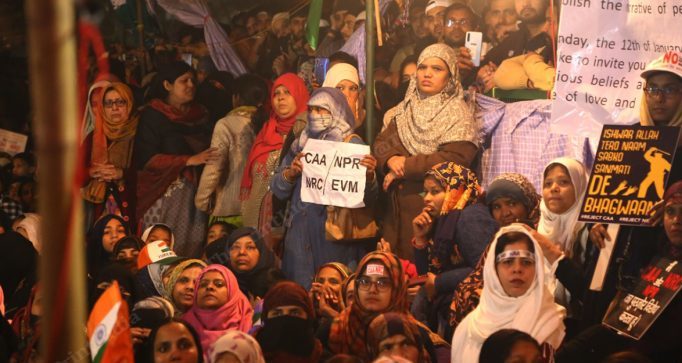 The clash of civilization came into prominence a few decades back to predict the conflicts that would take place in the 21st century. It said the people’s cultural, religious identities will lead to conflicts and give rise to mass movements. Samuel Huntington even said prophetically that the war of the future will not be fought between nations but over identity, centered around religion and culture.

Is the protest of Shaheen Bagh then a clash of civilization between two different religious identities?

Is it that the Hindu identity, in transition, finally is no longer willing to live under a baggage of centuries of appeasement and facing an opposition from the ‘other’ who can’t accept this new identity?

Conflicts around religion are nothing new to India with innumerable violent riots having taken place in every decade over past two hundred years. The partition was the biggest of them all, a genocide like no other whose memory hasn’t left us. But perhaps this is the first time in Indian history where the Hindu psyche is no longer willing to appease for the sake of secularism. The Hindu of today thinks of his survival first and is being self-preservative. What has brought on this unique moment in our history?

The defining moment in Tiananmen Square was the man standing alone in front of the tank and the army. It was the silent courage of a lone man against a brutal authority.

The defining moment when the Mothers who came to ask for their missing sons to the police at Plaza de Mayo in Argentina, was the white scarf.

The defining moment in Burma on restoration of democracy was the Monk who immolated himself in front of the firing squad.

It has always been the individual spirit of freedom that fought against the oppression. The message of the individual has been that he is in the majority of one, though he may be alone.

What does the crowd protesting at Shaheen Bagh have to show? Do they have any remote similarity to any movement that inspire and stand as memorial to man’s inhumanity to man? What do the people of Shaheen Bagh show apart from arrogance, defiance and hatred telling those who do not agree to not enter their space?

Why is it that the women and children sitting in front at Shaheen Bagh fail to capture our imagination? The answer lies in that they did not come to sit there out of their own free will. Were they bored, living a meaningless life behind the veil in their homes and came out for a few days of freedom on being asked for by the male members of their community?

In the beginning stages of a fanatic movement, one will find sympathizers and supporters amongst the bored than amongst the exploited and the oppressed. Boredom accounts for almost invariable presence of spinsters and middle-aged women at the birth of fanatic mass movements. Quoting Eric Hoffer, “Both in Nazi movement and those religions which frown upon feminine activity outside home, it is women, in early stages, who play the key role in coming out and taking the place of men.”

Hitler was financed by the wives of the great industrialists of Germany long before their husbands had heard of him, none of whom understood what his philosophy stood for. So much so that he said admiring of their contribution to his movement, “…. ladies thirsting for adventure, sick of their empty lives, no longer getting a kick …..”

Why do women, who can’t show their face outside home, need permission of their men to venture out, want to lead a movement? A psychoanalyst, an expert on Arab spring had explained, “These women imprisoned behind the veil in their homes suddenly jump from a sense of total powerlessness to feeling enormously powerful blocking roads, standing in front believing they are protecting their men. The pent-up aggression and humiliation of years of domesticity comes out directed towards an external enemy, visible and vulnerable to them.” Anyone remember Colosseum of ancient Rome?

Why do we see so many children put in the front line against the forces say in Kashmir, in Shaheen Bagh or in Palestine? Who coaches them? Why do their parents leave them unprotected? Where does their parenting instinct disappear?

After the 2002 riots in Gujarat, our organization had worked with victims on being asked by National Human Rights Commission. The major camps were swarming with international media personnel, each vying to write about atrocities, even exaggerating at times. No one would write about how the violence started, when a train full of Hindu pilgrims was put on fire by a Muslim mob with men, women and children burned to death. As a journalist had told me that was no story.

While working in the camps in Gujarat, children showed us pictures of how their homes were burnt, told sordid stories and asked for monetary help. After sometime a pattern began to emerge. In each instance the women and children said they were separated from the men while running away.

It was while going through one village that something seemed odd. Only one road connected the village to the main road. How did the men then got separated from their families?

Back at the camps when we asked them to explain the discrepancy, there was silence. Finally, one of the children told us in the ear, “My father and uncle left us behind.”

“How did you come here then?”

“We found our way through to the camp.” He then said, “Most of my friends have the same story to tell.”

It is only the detached child, the vulnerable one who can be indoctrinated in a fanatic ideology. Rejected of parental love, the only option for him or her is to join a mass movement for a larger cause in service of a punishing god, shouting slogans against a visible enemy to know he exists and has some self-worth.

The children are indoctrinated in hatred to prepare them for sacrifice later. Does it rip them of their individual identity by pointing out the enemy in front – the police, the leader of the country, everyone who doesn’t belong to their way of thinking? The enemy is shown, not taught from textbooks. He feels through slogans, identifies somatically through fists raised and caricatures that mock.

The children who shout violent slogans against the Prime Minister of our country see the enemy in not just him, but in an entire culture, a whole civilization, a way of life that opposes their ideology and way of thinking. There is no place for discussion or dialogue anymore but raising through murderous slogans and acting upon it. What will they grow up to be? A complete annihilation of their individuality towards a collective that fights for ‘jihad’. Why don’t we see Hindus, Christians or Buddhist children ever doing that?

The mass movement by Hindus has emerged with the intention to destroy the ‘present’ where he now sees himself as a victim due to historical forces and his contempt arises from being at the receiving end. He therefore, is trying to reclaim a past where he was once the king and lived with dignity. He is trying to reverse the wheels of a past that humiliated him. In trying to rise he faces a civilizational battle where he is projected as the persecutor by his adversaries. Once he crosses this barrier, he believes it will give him the power that was snatched away from him long ago. Has Shaheen Bagh been made a ‘no go zone’ today for this very reason?

It is a painful reminder of a memory that is not over for him, the image of a Hindu woman in a hijab. This image is being silently borne by the so-called intolerant Hindu. Ma Kali dressed in a burqa completes the humiliation. But why so much humiliation for the ‘infidel’ woman? Is it to show what she will have to face like the infidel women of Kashmir were told thirty years ago?

What is the message that Shaheen Bagh will leave for the future generation? In my understanding it will be that a significant number of Muslims of India would not like to live in India if the Hindus assert their distinctiveness, reclaim their pride, their uniqueness and feel the wholeness that a slave feels again after his slavery is over. Is then the powerful Hindu, the assertive Hindu, an anathema to present times and for the conscience of his neighbors? I hope our conscience leads the way and gives us the answer.

After centuries of slavery, the Hindu seems to be on a path to renewal and resurgence of his identity. On the other hand, the mirage of immortality as Toynbee put it as the hallmark of some Abrahamic civilizations and one, they hold on to, seems to be silently ebbing away. I believe it only may come to us sooner than one can imagine.

Is Congress bringing in the Jaziya (tax) through the back door?
December 4, 2018 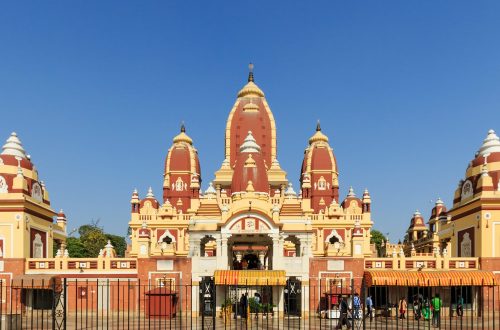 Why We Should See Our Temples Also As Memorials?
September 26, 2021 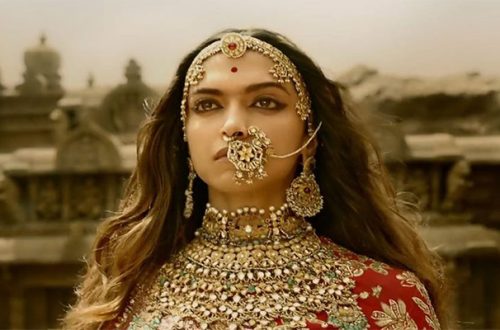