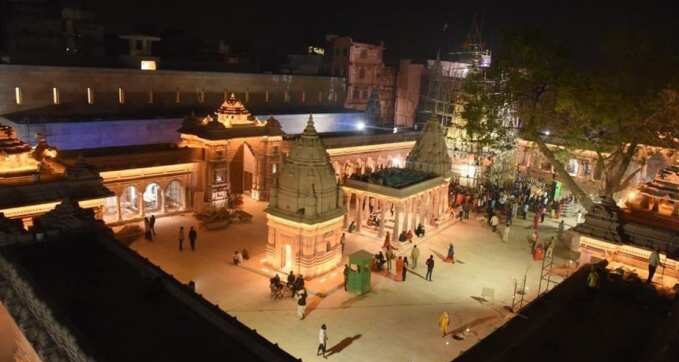 Hindus have begun to express their emotions on the destruction of Kashi Vishwanath temple. The building of the corridor is healing a wound.

My attempt to express it through Aditya, the protagonist and the Chief priest of the temple in my book The Infidel Next door.

The Infidel Next Door – Chapter 7

“Baba, is it true that three centuries ago the head priest of this temple jumped into the well here holding the Shivling and it still lies there?” Aditya asked as they entered the gates of Kashi Vishwanath, the holiest temple of the Hindus in Banaras. The mangal aarti held before dawn was just over. A smell of roses and marigold flowers mixed with incense pervaded the air.

“Who told you this?” his father asked, trying to keep his voice from rising.

“Ma told me. She said that the forefathers had no other option but to kill themselves.”

“Yes, the original Shivling is still lying at the bottom of the well.”

“But why did the priest jump?”

“Because that is how he could protect the Shivling from being destroyed by the invaders. That was a common practice in those days,” he said. “Now, we must go in the temple. It is an honor to be called by the most revered priest of Banaras. If you recite the mantras properly, he will make your future secure as a priest. Now can we go and meet the Acharya? We are getting late.”

Aditya and his father had come to the temple at the invitation of the Acharya. He had heard Aditya recite mantras on the riverbank and had expressed a wish to meet him.

“Imagine the head priest of Kashi Vishwanath temple calling Aditya to hear his recitation. This will shut the mouths of all the priests who speak against us,” he had told Gayatri with a wide grin.

They had waited till the Acharya finished his prayers and then being led to his room at the back of the temple.

“Will you recite the Shiv-strotra for me, Aditya?” Acharya asked when they were seated in his room.

After Aditya had recited the Shiv-strotra, the Acharya said, “Lord Shiva has given him a divine voice. His invocation is the best I have heard in my life.”

“Can I go and look around the temple, Acharya?” Aditya asked.

“Yes, you may do that,” he said. “I will talk to your father about your future.”

Aditya came back after some time. “What are the two towers next door to the temple?”

His father glared at him. “Aditya, didn’t I tell you not to ask any irrelevant question?”

“No, let him ask. They belong to a mosque, Aditya.”

“How did a mosque get built next to the Kashi Vishwanath temple?” Aditya asked.

“Aditya,” his father interrupted him, “we should go now and give Acharya some rest.”

“No, let him ask. He is the first one to raise this question.”

“Acharya, I walked around the temple and heard this sound. So, I walked out and saw these towers. I was about to go in when the temple guard came running to tell me not to go there.”

“That is a mosque built by the Mughal emperor Aurangzeb. He destroyed the original temple and built a mosque over it.”

“In the whole of Banaras, he thought of only this place to build his mosque?” asked Aditya.

“Yes, Aurangzeb did it to humiliate the Hindus.”

“May I ask something? How do you feel praying next to a mosque, knowing it was built to humiliate Hindus?”

“Acharya, forgive my son’s impertinence.” His father’s eyes said it all. “It was a mistake not to leave right after your recitation.”

“You asked how I feel. Nobody asked me such a question before.” Acharya’s voice trailed off. “For a long time, I couldn’t look in that direction. Now, I feel it like a stone on my chest. I pretend every day that it does not exist. Do you know,” the Acharya continued, “when they attacked the temple, not only did the head priest jump into the well but also there is a story that all the priests of the temple were massacred.”

“Because they refused to convert. In olden times, Hindu priests would put their arms around the deities to prevent them from being destroyed. The invaders had to cut off the arms of the priests before they broke the idols. I have heard from my father that one of my ancestors died that way. He held onto the Shivling and then bled to death at the base of the deity.”

“So being a Hindu priest in olden times was not easy.”

“No, it wasn’t. The reverence that you feel in many Hindu temples is because of the sacrifices of priests.”

“Do other temples of India also have similar histories?” Aditya asked.

“Yes, in Mathura, the birthplace of Lord Sri Krishna and in Lord Rama’s Ayodha, the temples were destroyed and mosques built over them.”

Krishna Narayan asked, “Can we go?”

The Acharya didn’t hear him and continued. “Many years ago, I had met the head priest of Krishna janma-sthan. He told me he feels the same way looking at the mosque next door.”

When they came out of the temple, Krishna Narayan couldn’t control his anger. “I am disappointed in you. I thought you would ask him about the meaning of some difficult mantra, not how he feels praying next to the mosque. What, you don’t even answer me now; what are you looking at?”

Aditya had stopped and was looking back. The temple and the mosque stood side by side in the distance.

“Baba, they are both places of worship. If the mosque had been built without destroying the temple, they both would have looked magnificent together. But now they look…” He stopped.

“But now they look what?” his father asked, crossing his arms.

“It looks ugly. This seems to be an insult to God,” Aditya said.

“I pass this way so often. I never thought of it that way.”

“Baba, the temple was razed to the ground and the mosque built over it to prove that one faith was superior to another. That is why.”

When they came back to their home, Krishna Narayan narrated the whole incident to Gayatri. “I don’t understand this boy of yours. He only creates trouble by asking such questions. The Acharya wanted to discuss his future as a priest and he brought in this topic,” he said, unable to control himself. “Why did he ask such painful questions to the Acharya? Will he forget being hurt by a young boy?” 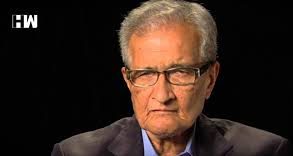 Why Amartya Sen Fails See An Idea Whose Time Has Come
June 1, 2019