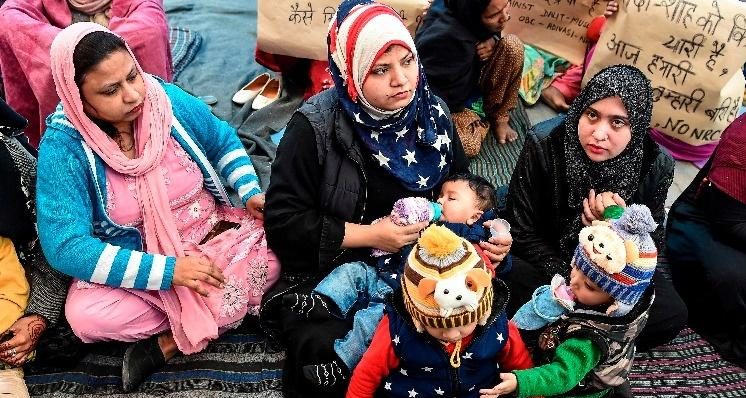 A child has died at the protest site in Delhi due to being kept out in the bitter cold by his parents. There seems to be a deafening silence around his death in the national discourse. Almost no one has spoken for him. Politicians are silent so as to be seen as politically correct at this time, even the so called intellectuals, especially from the community they belong to. No one seems to be much affected by his tragic death that has happened in the glare of the media who are busy in other things. It has drawn almost no condemnation. But what is most painful is to see the response of the parents. They seemed to show little emotion at the death of the child.

What should be said about parents who deliberately, with awareness expose their children to danger, make them vulnerable to distressing situations including near death and risks in the name of a cause of which the children understand nothing? Shouldn’t we the people then intervene and make its responsibility clear that children cannot be used as substitute for adults in protests? Should a community, a nation not tell its parents its primary role is to protect? Should a civilized society, however tolerant, allow such abuse to take place in the name of dissent and freedom of expression?

In medieval ages, when society was agrarian and less aware, childhood ended when a child crossed the age of seven. Children were absorbed in the world of adults and given formal roles to perform. The transition happened with renaissance and with the awareness about the rights of the children. Today, there is little dispute about our need to protect children and childhood from conflicts.

Children at the Sheheen Bagh protest site are deeply distressing to watch in the videos that are circulating. Like robots, lifeless and detached, they raise violent slogans with supporting adults around them. As someone who has worked with abused children and also as a parent, I feel pained to see children being used in what should be a protest carried on by adults and adults alone. The fact that the children are being used as a collective, with adults openly on public platforms, a message they neither understand nor explain, is downright criminal and against the canons of any human rights. The organizers, the community and the parents are culpable. Sometime ago during Lok Sabha elections a young woman leader was exhorting children to shout ‘Modi chor hai’. When will our society stop being silent and begin to condemn this abuse?

Children are said to be abused by adults when they are forced to take on the role and responsibilities of an adult as substitutes when the adults are perfectly capable of doing so themselves. According to child rights, it is inhuman for them to put and gratify the needs of adults before they do their own. I realize I may be chasing a mirage in saying this. Some Political leaders say ‘they stand with the protesters’ echoing their language. Intellectuals, writers and journalists swarm there empathizing with the protesters. None of them expressed concern over children being used. Will they not be culpable of neglect towards children being used in this manner?

Fanatic ideologies and beliefs, whether individual or societal, even today do not see children as children but as adults. Pedophiles and those who use children as a working class see them as nothing more than objects for their use and think they are justified in doing so based on irrational beliefs. Not so long ago in Iran, one of the first things Ayatollah Khomeini did after coming to power was to reduce the age of marriage for the girl child to nine. The world kept quiet looking at it as a cultural, religious issue. On asking a Kashmiri militant in Tihar prison, who was once a stone thrower, on why he had sent his two children to throw stones at the forces replied, “Pehle Khuda phir beta, pehle Koran phir beta, pehle Mohammed phir beta.”

In his famous study on suicidal terrorism, Robert A Pape pointed out how in the process of indoctrination, ideologues destroy familial bonds in children at an early age on social platforms through slogans preparing them to kill and destroy the enemy.

There is a video of a mother reading out a speech to a crowd. She is saying we don’t teach rhymes to our children like mothers from other religions do but teach them Karbala and Shahadat. The crowd roars in affirmation. Rhymes as we know serve a developmental, maturational function and are universal across different cultures. They teach children awe, imagination and wonder at the world and to form a bond of trust and compassion. But the most important quality they teach the child is to envision a future where there is hope. Where in the worldview of such children will we find tolerance and co-existence with other faiths? Are Naseeruddin Shah and Aamir Khan listening? Are we not having a generation with sheer hatred growing amongst us, a Frankenstein monster going out of control?

Can the children at the protest site imagine any other future for themselves after they are told that they, the protesters, should rather die but not leave this place without making the government give up its stand. Left with this option, will they not turn to the extreme that may lead to tragic consequences? Will the mental health community of the country respond?

Roberta J Apfel, the psychiatrist, once said that children who grow up in environments with violence in the background and command to hate and kill, grow with minefields in their heart. They become detached from the larger society, alienated and ready to explode, even kill themselves at the slightest provocation to their self image. Today, when we see young boys and even girls carry an explosive rage who get easily radicalized making them take extreme steps, should we have to go far to understand where it is happening.

Today, with the country wide protest against Citizenship Amendment Act and NRC almost having failed, there is a double bind for such children who can neither go forward nor backward. As the so called adults around them see the illusion of a movement falling around them they will pass on the desperation and frustration to the children. A speaker reminding them from the same platform that we will die but not go out of here, reminding them of Karbala, even beheading of the children can take on a poignant and dangerous note that is distressing and ominous for the social fabric and peace in the society.

It is also known that it is the most vulnerable who attempt something desperate to keep the movement alive and going when it begins to fail. The shame and humiliation coming from the frustration of being let down by own people, here the parents and the community is transferred on to the larger world. I pray that the organizers of such protest and intellectuals who support them think twice and take the necessary steps so that in desperation no one tries anything extreme. The memories of the anti Mandal commission movement are still raw and not healed for many.

Many protests and movements in India have taken a tragic turn due to the irresponsible behavior of the organizers and the people who led them. It is my fervent hope that dissent protests and movements are carried out keeping in mind that the vulnerable children are not exploited and used when they are not needed.

The woman exhorting her audience in the name of Karbala and Shahadat, the organizers and the politicians supporting them may have taken the protest to a point of no return. Won’t they and they alone will be responsible for any despondent thinking in the protesters and any consequent actions by them.

I pray that the vulnerable children at the protest site find protection and live like normal children and are not made scapegoats in a struggle in which they have been made pawns and know nothing about. I pray and hope that there be no more Shaheen Baghs in India. I know I am not alone in thinking like this. 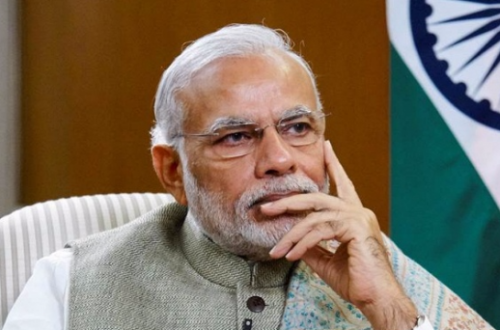 Modi And His Signature – A Psychologist Reflects
March 29, 2019 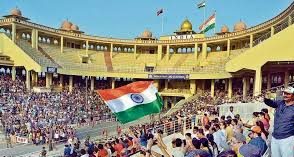 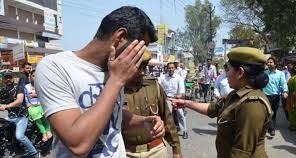