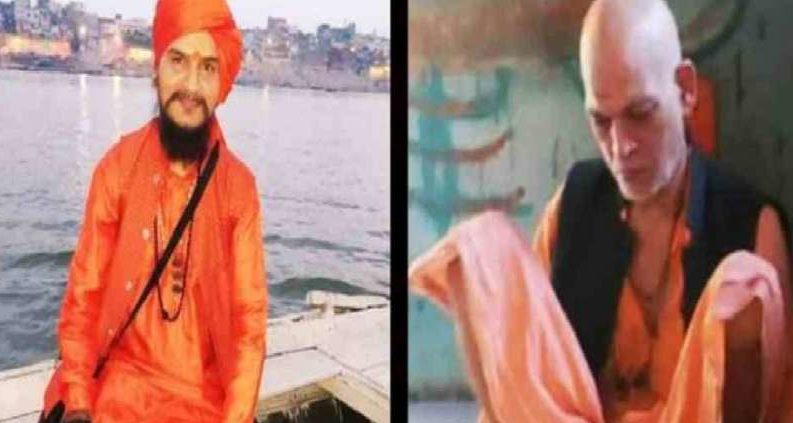 Louis Armstrong sang the famous song, ‘When the saints go marching’ in the famous ballad to express his feeling of divinity and admiration for the Christian saints. If he were asked to sing the same song for saints belonging to Hinduism wearing saffron he would have to change a few words to fit in with what is happening to saints in India today. One would have to replace marching with lynching and it would tell another story to the world that is hidden and not allowed to come out for many centuries.

Saints getting lynched is not news in India or for that matter anywhere in the rest of the world. It can be provided the saints make a change and stop wearing saffron. Saffron has been labelled as a color of a terror with the word ‘saffron terror’. Earlier an association was made of it with that of child lifters and sexual violence, two of the most heinous crimes. Isn’t it worth asking who and which institution linked the two and why?

One wonders why no other color has come close to being associated with crimes in India. Maybe the creators of the word ‘saffron terror’ can explain why their masters told them to invent it. Has anyone ever wondered why in their nightmares, so many sexually abused children across the world, see a smiling saint in white robe?

Today, saint wearing saffron dare not walk through many streets of India. Saints wearing other colors have no such problem. So strong is our secularism. No saffron saints can wear their robes, hold their holy books and preach about decadent idol worship without fear in the remote corner of India like the saints of other religions can march. And if confronted, their story of victimhood assures them a safe hearing to media of the world and front page headlines. The entire intolerant majority in India falls in line in no time.

When was the last time we saw our saints wearing saffron walk in say Kashmir, in Nagaland or other northeastern states without fear? The list grows by leaps and bounds with more parts of West Bengal, Kerala and now Maharashtra being drawn into the orbit. Our beloved ‘Chacha’, who called himself a Hindu by mistake, even forbade saints wearing saffron from visiting States in North East on the advice of Verrier Elwin, a White anthropologist, otherwise called a missionary. The order is seen as a golden yardstick. So effective was his presence that Hindus got wiped out from there. Any obituaries anyone? Brownie points for India’s seculars for winning an award.

His daughter, Indira, went a step further and ordered firing on the saints who protested against cow slaughter. That was not enough so she inserted the word ‘secular’ in our Constitution during the period of ‘Emergency’.

Our leaders dread being shown as anti secular and not Hindus. I am sure there are agencies who rank them on a scale to see how secularism is doing in India. A lesser number of converts in a year, missionaries not allowed to go in a certain area draws up the index in no time.

So, with the politician firing bullets, the fourth pillar writing against him, the intellectuals vilifying him, what chance does the saint in the saffron have to survive. He has no Pope to speak up for him, no court to listen to his agonies, no leader in UN to stand up for him. He stands alone, a solitary figure of fortitude and loneliness, one who never asks for help and charts a lonely path. He travels and lives wherever he finds shelter, eats what he finds and has no possessions. Unlike his counterparts of other religions, he walks alone standing up for his religion that is persecuted but never playing victimhood and not bothered about his life.

The saint in saffron was the protagonist of the book ‘Anandamath’ by Bankim Chandra that gave the nation the song ‘Bande Mataram’. It awakened a nation that slept from despair. Why did the British ban the book whose protagonist and theme was only a song that linked our freedom, our nation with the saints in the saffron? Was an awakening imminent?

I believe the key to India’s resurgence lies in the unknown saint in the saffron who faces persecution like in Palghar. The saint who was killed in Palghar is the same one whose ancestors were exterminated, who was stopped from traveling by ‘Chacha’, who was fired upon by successive governments. The invaders of the past could destroy India’s temples, her universities, her education, her legacy but they could not destroy the wondering saint in saffron who once roamed in every village, who can still be found in every corner of India wandering alone. He doesn’t convert, he doesn’t spread of a message of hatred against anyone. He remains the only institution of the past whom invaders, colonialism, missionaries and their wealth could not destroy. It is he who kept alive the legacy of the ‘Kumbh Mela’ and all religious festivals. It is he who carries even the smallest memory that belongs to our destroyed past, the betrayals and the sadness that we are left behind with as a legacy. The passage of time has not destroyed his spirit, no atrocity has destroyed his purpose and all pogroms and violence against him has not made him extinct.

The re-awakening of the India will not come from any material advancement, by making new highways or from bright glimmering malls but will come from the spiritual awakening that the spirit of the unknown saint represents.

A hundred years ago, a defeated nation was roused by the words of an unknown Hindu saint in saffron. He had sat shivering at a train station almost ready to be sent to jail. With not a penny with him, he carried the message of a glorious past of his religion and a philosophy. His words roused a nation chained in slavery whose people had begun to believe they were savages. As someone had remarked after listening to him, ‘we realize how foolish it is to send our saints to preach there’.

Can we step back and ask what if a Shankaracharya, a Vivekananda were to appear amongst us today and want to take a journey across India? How far will they be able to go without being lynched?

Once a reader of my book ‘The Infidel Next Door’ had felt frustrated and asked me why does its protagonist, a Hindu priest walks alone surrounded by enemies? Why doesn’t he ever run away? Why is it that despite no one coming for his help he fights a lone battle? When I told him every Hindu saint down the ages has done the same, he said he will look at them differently from now on.

Lala Lajpat Rai once said, ‘every blow of lathi on my body will become a nail in the coffin of the British empire’. His martyrdom produced a Bhagat Singh, a Raj Guru, a Sukhdev and many others who changed the course of history. How many more blows will we take on our bodies, on the soul of our nation before we wake up and know we are the next on the list?

I want to say in anguish that we need a Bhagat Singh, a Raj Guru, a Vivekananda who can force us to face the reality that our ‘Matri Bhumi’ needs protection. Only then our saints in saffron can march without getting lynched across the length and breadth of our beloved motherland. 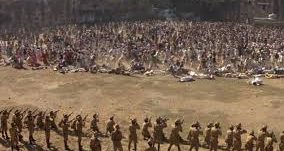 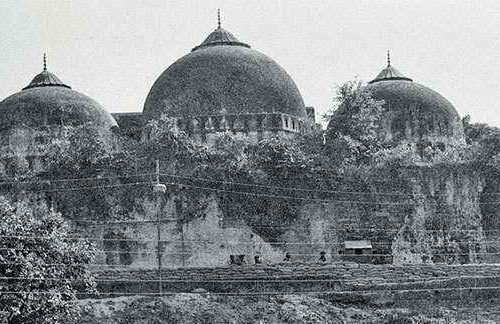 2 thoughts on “When The Saints Get Lynched In”