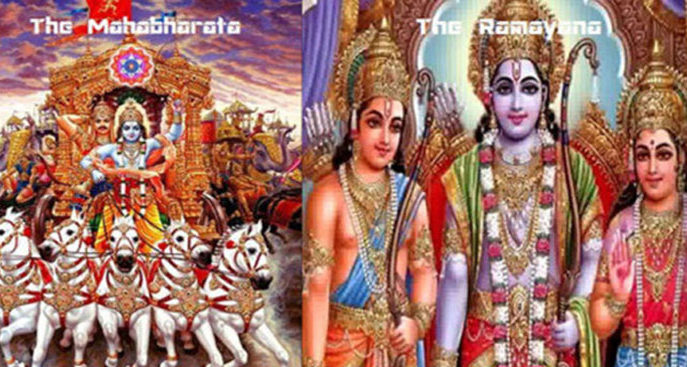 Like millions of Indian parents, I had also secretly wished that my daughter would love and watch ‘Ramayana’ and ‘Mahabharata’ as much as I had done more than thirty years ago when the news of their telecast was announced. The fear wasn’t entirely unfounded. For the present generation grown on a daily dosage of Korean pop and drama, Game of Thrones, The Crown that are slick and so well made, ‘Ramayana’ and ‘Mahabharata’ seem so antiquated and out of sync, that I felt she would get bored within the first ten minutes and walk away.

I must say that I had tried all the secret methods in my armor. I shared how it affected me and led me to become strong morally and spiritually. She had listened politely and made a face that I understand too well (Don’t try to influence me. I will decide on my own). I had then told her how some of the deepest psychological messages of mankind are hidden in the story of the characters. This too made little dent on her. Such messages must be everywhere, in every book. What is so unique about it, she seemed to ask.

So, it was a great relief when she told us that she has begun to like watching the serials, especially Ramayana. As parents our joy knew no bounds when she came at the appointed time the Ramayana serial began after switching off her mobile. We thanked God. It was nothing short of a miracle for us.

Where does the mystery and mystique of ‘Ramayana’ and ‘Mahabharata’ lie? How have the books, for a millennium pulled off such a deep influence on our minds, generation after generation without fail? Is it just the characters of Ram and Seeta or Krishna or something more? Is it the plot and the universal nature of it that describes the human condition like no other book has done? No other civilization has such works that cast a spell on its people year after year, generation after generation as these two books have done for us. Without doubt, it penetrates, sometimes transforms our very being in ways that has surpassed any other book in the history of mankind.

My friends from the western countries, by and large all psychologists, psychiatrists and sociologists have often wondered and shared with me the influence these two books have cast on our whole nation. “There is nothing like that in our country, in the western civilization”, is the common refrain I have heard from them when they have visited our country during the time of celebrations and been a witness to it. “They are living examples of the continuity of your civilization,” they have shared time and again saying that the impact of the two is so deep on our civilization that it is impossible to measure and perhaps will last forever.

So, where does the mystique of our two ancient texts lie? Where did the wisdom, the depth or the analysis of human characters came from? Did its writers mean it not just as a book of wisdom but as a generational vehicle that our nation and its people would turn to for answers in every age?

I believe the mystery lies in that both the books describe almost every human condition known to man, the path that leads to it and the turmoil it creates within the human mind. It tells us how fragile and divine we are at the same time and we have a choice to transcend either to find our destiny. That the divinity and its counterpart exist at the same time within the human mind and need not be bound to make what is truly in our nature. That we are not victims but winners, but it depends on what we choose to be based on our understanding.

Both the stories talk of devotion of children to their parents as absolute. They ask that children take care of them, even subordinating their own wishes for their well being. The message is clear. It is to not let go of the feelings of gratitude that lie at the root of all relationships. It must govern our lives so that we understand the value of everything and never lose sight of it. Gratitude is a binding emotion unlike most other emotions and has the power to keep a family, a nation together when all other methods fail. It was crucial for the survival and continuity of Sanatan Dharma and our civilization. In no other religious book or civilization do I find such a central role for such an emotion. We need to understand it more today how it may have sustained us for generations and bound us with the spiritual glue that has held us together.

The other aspect that my daughter and I discussed was the ‘promise’ that the characters of both the stories make when faced with extreme situations in life and death. They have to do so to deal with impossible double binds that arise in their path and confront them suddenly, unexpectedly. ‘Life doesn’t forget neither do people even after generations’ is the message. Is that why we fought for the Ram temple for five hundred years? When our emotions arise suddenly after being suppressed for long or having been kept at abeyance, they have the power to overtake us and destroy us if not understood and channelized. Understand their power and know that both the divinity and the frailty exist within and are at battle with each other. It is to overcome a dilemma that one has to choose either, one that will show who you really are within and which path it will take you, your family and even your nation. At other times, it may be to just keep a word that you gave to someone long ago that will come to haunt you.

Memory is forever in Ramayana and Mahabharata. It isn’t forgotten ever and plays itself again and again. Words are sacrosanct, like ‘patthar ki lakeer’. It was the underlying message, ‘don’t give a promise that you can’t keep’. As my daughter said, “It is just not important to give a promise. It is also important to maintain it.”

Both Ramayana and Mahabharata have been behind the survival of our civilization, our deepest beliefs and our cherished values. There exist a million truths hidden in them, each one more profound that I discover every time from my psychological lens. I believe they have held us together and also given us hope and courage that no other book can. This time too they will lead to the re-generation and renewal like they have done many times before. This is what I pray for and I know I am not alone.

As the serial ended yesterday, all of us as a family did something we have never done before. We raised our hands and said ‘Jai Shri Ram’.

Psychologist, Speaker and author of ‘The Infidel Next Door’ 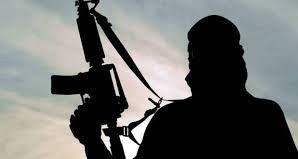 When the sanitized history of a nation falls apart
August 29, 2017 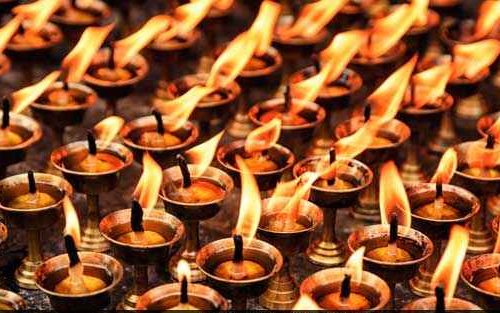 What Did A World Famous Psychologist Say After His Visit To India?
April 4, 2020

4 thoughts on “Why Showing Ramayana Will be Transformative for India”