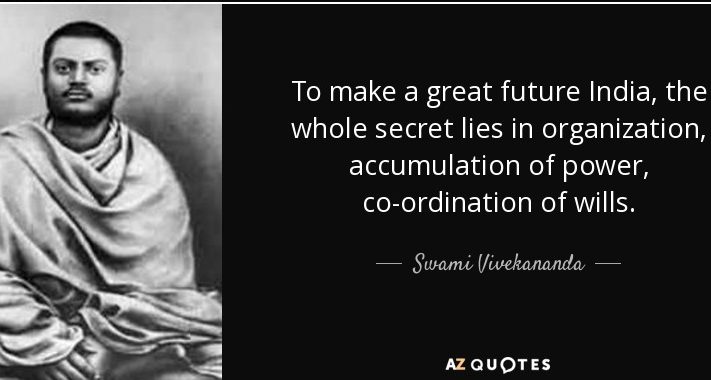 Is India trying to dream today? A society, after centuries of indecision and wavering, is it trying to rise and do what its people haven’t done, in rising above being a slave?

Why should Indians dream again now? Because ‘to dream’ that is part of evolution of every society, was snatched away and died a million deaths due to invasions and colonialism. A trait that had died, unseen and unheard and never written down. Every invasion, every temple that was brought down, killed the civilization little by little till nothing was left including the hope to do so again.

Every leader in history, every prophet who had to raise his people from ignorance, had to first teach them to dream again. Martin Luther King began his speech with ‘I have a dream’ fifty years ago. He taught his people that to rise from slavery one has to be aware to dream again, one that percolated down to the very common man.

Going to America was once the ‘American dream’. Millions of people, Indians included, went for it. That dream meant not just creating wealth, but even learning in its universities, or even running away from persecuting ideologies.

Once India represented that dream. Thousands came here to study in universities, to trade and become rich. People even came here to escape religious persecution. What we symbolized was tolerance and the highest that any civilization represents. Are Indians capable of creating that again?

Today, there are two Indias, one the rising one, an India which wants to dream and go ahead and the other India that is still confused and lives in chains. How do we separate the two and understand the men who represent both these realities?

The man who collects garbage from my home every morning is a young man and illiterate. Except for taking the garbage he never talks or even looks at me. Two weeks ago something changed. He looked at me in the eye and told me he is going to take a leave on 8th February. Gone was the shyness I was used to in him. His voice had a strange determination. A similar thing I heard from my car cleaner. He said he won’t come on 8th. They had never taken leave and announced it like this. Why now?

“My moulavi saheb ordered us to defeat Modi,” he said on the day after voting, “every musalman in my area went for that.”

“I don’t know. Our moulavi saheb told us.”

What I understood from both of them was that the average Muslim is an angry Muslim. He is not saying it openly but hiding it after the abrogation of article 370 and abolition of triple talaq, the judgement of Ram janma bhumi and the passing of CAA. He feels humiliated. Is this thinking his own? The answer is a big ‘no’ like always.

In contrast, what does the average Hindu feel about the drastic changes? He is defensive, confused and doesn’t know how to go ahead. He is not speaking up believing it is too unreal. Why hasn’t he begun to speak up for himself? The answer lies in the historical trauma that stops him every time.

So, here we have a leadership which is trying to make his people dream again. Whether article 370, triple talaq, Ram janma bhumi, they represent a full spectrum of a society trying to come to terms with its past and undo injustices and historical wrongs.

We have a leader trying to lay a new foundation. Then why is he abused, vilified and reviled like no other in history? The answer lies in the nature of the relationship between a visionary leader and his people who he is taking on a path less traveled. How do we understand this tumultuous relationship?

For my first patient, Anupam (name changed), I, a young psychologist, had poured my heart and soul in his recovery. I believed in him everyone else having given up on him. As he began to get better, he began to call me names and abuse me. What had I done to deserve that from him, I wondered? I had only asked him to work hard, take responsibility and remove his self limiting beliefs. And then I understood why. My professor told me, “You are trying to change his beliefs. You have touched a raw chord in him when no one else did for years. It has led him to direct all his wrath at you,” she had explained.

When Narendra Modi talks of India with so much passion that his voice shakes every time, in doing so does he also not show us a mirror where we stand even though he doesn’t say so? He disturbs us by telling us our old ways won’t work. That the path to change them is sacrificial and our self limiting beliefs must go. He hurts us at the very core by saying that we must make sacrifices. His steely resolve and determination is unknown to Indians who expect a status quo. The deepest buried hurts, vulnerabilities and fears of ours are out in the open, raw and with no place to hide.

In 1947, when India became independent, the Indian people needed a leadership who could help them to let go of a thousand year of humiliation, of grief to start again anew. The feelings of slavery had to dissolve in that period of transition but in my view increased many folds. We carried forward our chains that bind us till today.

Every society has needed a father figure at times of transition to lead it on a path to autonomy and freedom. Indians didn’t have any one with that qualities after independence. The narratives developed after independence by court historians didn’t let us see any in the ones who could have been that for us, whether it was in Shivaji, Maharana Pratap or Guru Gobind Singh. Passivity and doing nothing became the norm, one that took away our power to bring in and absorb change.

So, today change that comes, seems too sudden and scary. It looks perplexing and disturbs us. Indians are not used to changes that gives them back justice denied to them and makes them look at themselves with self respect. To fill up that gap, we need to create a leadership within that is a secure base, comforts us and comes from that infinite wisdom that is left behind by our ancestors. There is a healing space in the land that is India that is deep, calm and tranquil.

Change as we know is never smooth and historical changes that undoes injustice even less so. The psychologist Virginia Satir used to say ‘order – disorder – reorder’ to explain how we change after long periods of passivity, add slavery. “Between order and reorder,” she used to say, “there is a stage marked by chaos and uncertainty.” We have Geeta, Upnishads left by our ancestors today to guide us through that phase, the finest healing treatises in mankind on how to go through that change.

India today stands at a crossroad. We are making a leap from being a society with a ‘slave mindset’ into the future where we want to live ‘without fear and our heads held high’ in the words of Tagore. The fear we see around is not of going into the unknown but letting go of the known. There are two Indias today before us, one India that wants to live with courage and hope, to excel through hard work and the other which wants to live on freebies and corruption. Who will decide on the new India? I believe the answer is for all of us to see.

We have begun to dream again! 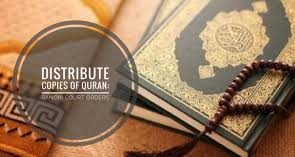 Why the Order to Distribute Koran is a Reminder of a Humiliating Past?
July 18, 2019

Did the Congress Rupture the Historical Bond Between Hindus and Sikhs in 1984?
November 22, 2018

4 thoughts on “Why We Should Dream Again..…Now?”