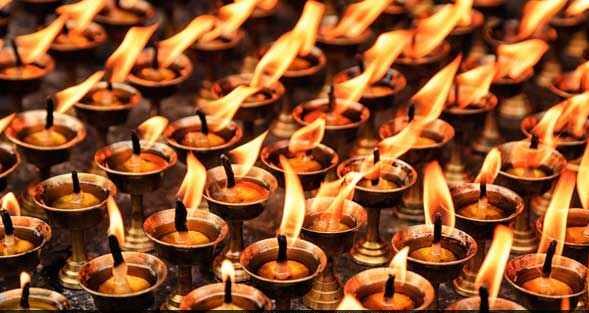 Last week I phoned my friends around the world and talked about the COVID19 crisis. They are professionals in my field who I have known for years. We often share our joys and sorrows over the transitions we go through.

This time I found a difference. Many of them talked about feeling acutely lonely and alienated. They shared how being locked up inside homes, the alienation has overtaken them and brought them to a stage of questioning many assumptions. One of them broke down saying he and his wife might separate due to the stress of the lockdown. They were a little surprised that I wasn’t so perturbed and asked me why? I told them I wish I knew. “Maybe it is yet to come,” I said to make them feel better. We talked about the times we have spent together in the past, when they came to India, about our families and last but not the least the COVID19 virus.

As I sat back, something said by my teacher came to my mind. George Kohlrieser is an internationally known expert on human attachment process. Author of the book ‘Hostage at the Table’ he had visited India and stayed here travelling the length and breadth of our country. He was my mentor, guided my research and coached me in grief work. An astute observer of human nature, I wondered what impressions he had of India when he left.

“Rajat,” he said, after a moment of silence when I asked him a few months later, “I have many impressions of your country, but there is one I would like to tell you. Throughout my journey I didn’t hear a baby cry in India. Even if I heard one crying, I found someone quickly came and picked him up. When I was returning back home, my plane had halted at Amsterdam airport and I heard a baby cry. His mother was buying something nearby. No one bothered or came to calm or comfort him. People passed by as if nothing happened.”

And then he said, “This may be one of the biggest strengths of you people. In crisis, in times of darkness this is the spirit you can invoke to come out stronger.”

Finishing his words, he said, “This incident taught me how alienated and detached some people have become. Your country still retains a value that the world can learn from.” His words ring true every time I hear a baby cry. Having grown up in a way where I never thought of this, an expert like him made me aware of what I perhaps would have never known.

But my article is not a comparison between cultures. I only shared it to describe the alienation of modern man from himself and how we can heal that path. If not done today, long after the trauma of COVID19 is gone, the alienation of man would remain, forcing us to listen to the message that my professor reminded me of.

The word ‘alienation’ comes from a Latin word that means the condition of being an outsider to oneself. When and where did some of us become outsiders to ourselves? He also said that alienation lies at the root of many an illness.

Otto Rank, the psychiatrist, once said, “Loneliness is a part of self definition for the modern man.” He said loneliness is an issue we will have to face each time we cut ourselves off from our roots. He felt that faced with the most violent time in history and technology that has the power to take over our lives, the day is not far off when we will have to face an alienation that would force us to define ourselves taking us back to our roots.

Three decades ago, a conference was organized to reflect over the issue ‘if man has really progressed and if so, how much’. Fifty Nobel Laurates were given this question to reflect and find an answer over three days. Some of the brightest minds of our time, at the end of the conference got together and asserted that man has progressed, but little and true progress will only come when he learns to integrate science with art and spirituality. They also said that the enemy of man is his alienation from his own self and he will find healing in the wisdom of the ancients, especially the east.

Today, when more and more people are living as single members in a household as compared to any other time in history, this message could not be more true. In Sweden 62% households have only one member. In USA, nearly a third of people live as single persons. This is spreading across the world and perhaps becoming the biggest enemy of man.

Alienation has become the biggest enemy of our civilization. The present COVID19 crisis has the potential to take it to its limit, a point of no return. It is an existential dilemma from which there is no escape.

Many years ago, in Tihar jail, when a new jail was set up, the traditional bonding system in the prisons called ‘phatta’ was disrupted with group of prisoners being shifted to different jails. The morbidity amongst those separated reached an all time high and when the original groups were restored, the illnesses were dramatically brought down.

On the day of Janta curfew as I came out to ‘clap’, I noticed something that I had never seen before. All around me, in the apartment balconies, people looked at each other, smiling, creating music with whatever they had found. Have we ever done that before? I tried to remember. Then I noticed something else. Everyone was trying to synchronize his music with the other, elders and children alike. Do we do that in times of crisis?

In 1994, I was in Bergamo, Italy, presently in the middle of COVID19 crisis. A group of townspeople had assembled in the main square and brought all metallic junk pieces dating back to fifty years. They beat them together creating a music late in the night protesting against the war by beating anything they could find. Somebody told me they are all musicians from the town who have kept the musical instruments at home. When I met one of the band members and asked why they did it, he replied this was a music from the soul that no musical instrument could bring out. He explained when the town had almost become a ghost town after the second world war, the townspeople had found hope once again by beating every metal piece they could find.

Today, the epidemic is forcing us, the digital man, to confront and ask us the same question. We may be the last generation who remains as the bridge between the old and the modern that separates the two periods and we may be the only one to bridge this alienation. The digitization has become a disconnect, a loss to be filled up. The bubble the modern man built around himself has burst, this time by a virus.

The COVID19 virus comes to us at a time in history unlike any other time. The Indian in us stands alienated and needs an awakening to heal itself. We are finding a new definition and meaning in ‘vasudaiva kutumbakam’, the cornerstone of our identity. We need that definition today but based on a collective unity amongst ourselves, more than any other time in history. It will decide where our civilization will go.

The call by our Prime Minster to light a lamp on the night of 5th April at 9 pm is perhaps to re-awaken and ignite that bond, that connects and binds us together. We must re-awaken that as people, as a nation, to feel whole again. Keeping that in mind, my family and I will go and light a lamp as an ordinary Indian. I want to connect with every Indian in those nine minutes. And I know I am not alone when I say so. 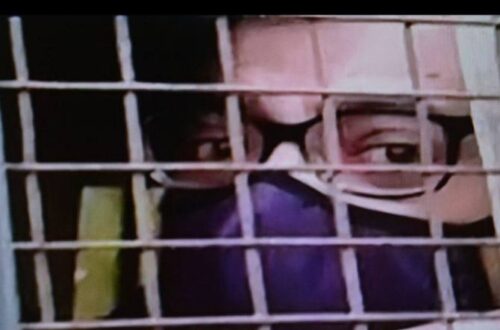 4 thoughts on “What Did A World Famous Psychologist Say After His Visit To India?”