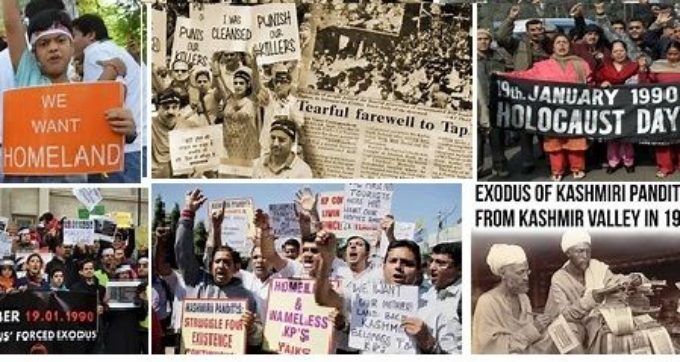 “Why did you say that genocide doesn’t happen without your neighbors’ participation?” It was a young girl, catching up after my talk. I had just finished giving a talk at a university followed by a long question and answer session.

I was at the end of a book tour of ‘The Infidel Next Door’ a work of fiction based on how the Kashmiri way of life was brought to an end through a systematic pogrom. In talk after talk, the Kashmiri pandits had shared a platform with me talking about their exodus. Their feelings had emerged raw, flowed like a stream through the mountain crevices. Their emotions bottled up for decades and hidden from the world, sometimes from each other had burst forth due to abrogation of Article 370 tearing apart the carefully constructed wall of an aggrieved community living through a self imposed alienation for their survival.

“I am a second generation Kashmiri pandit brought up here,” she continued, “I was too young when my parents ran away from the valley in 1990. How we ran away from Kashmir remains a silent topic in our family,” she said.

“I have one question that has always bothered me. How did our neighbors behave when we ran away? I have asked my parents many times but they don’t tell me. Sometimes they say we were too busy running away to notice but I believe the answer is different.”

“I will write an answer for you.” I promised her and walked away knowing that the answer might be long and couldn’t be contained in a single sentence. My host had joined us telling me it was time for me to go and catch my flight. Also, some answers are better read in private spaces rather than be discussed in public.

As I came to the airport and sat in the comfort of my plane, an image from long ago began to emerge. I was sitting in Tihar jail, India’s infamous prison and taking a group with militants. They were laughing, and their words seemed to mock.

They were from Kashmir, were militants and the talk had turned to the exodus of the Kashmiri pandits from the valley on 19th January 1990. One of them spoke up.

“It was a complete spectacle, a total entertainment, the running away. There was nothing like it in the Kashmir valley for a long time. It was as if a circus was going on. Not even when Pakistan won a cricket match had there been such a celebration and you think we will ever welcome them back? Till today it must be the most widely watched spectacle in the valley. We all knew they would be running away and didn’t miss it. It was a celebration and no one wanted to be excluded.”

“Do you know my mother gave me new clothes to wear to watch them run away? She even cooked some delicious dishes on that day. Every family we know did so. It was a ‘davat’ (party) like atmosphere. My friend’s father gave him a pair of binoculars to go and watch it from the rooftop.”

“So, it wasn’t a sudden event that took everyone by surprise?” I had asked.

“Not at all. We all knew they would run away on that particular day,” he had replied. “You know the funniest thing about it is that no one has yet talked about it. Second the most important aspect was it happened in broad daylight, not in the darkness of the night. It had to be seen, watched like a circus, a full public spectacle, so that all of us could describe it to our future generations, preserved for posterity.”

“So, do you talk to the younger people, the future generations?”

“Yes, not only me but every family I know does so.”

“We wanted to see the fear, the terror in their eyes as they ran away,” he continued.

In movies on ancient Rome, the cameras would often zoom-in on the eyes of the survivors in the coliseum and stay there showing his terror, the victim waiting for his death at the hands of either a lion or gladiator. The death was not fun, watching the terror in his eyes was. That is what the audience would pay for. They would watch fascinated, as they reveled wanting the scene to go on. It was an excitement, unequalled, the adrenalin flowing in.

“Was the exodus of the Kashmiri Hindus any different in the eyes of their neighbors from that spectacle?” I had wondered.

“We had decided to use slogans to terrorize them. They were raised from every mosque in the valley, by all the Imams who announced that ‘kafirs must leave the valley leaving their women behind’.”

“Do you know why we did it? Because we felt it would be too much stress for us to pull the trigger four hundred thousand times.” He had continued, “We would have done that as a last resort only if it became necessary. We realized it would be much simpler if we could make them run away mentioning that we are eyeing their women. Once gone, they would die of the heat, diseases and illnesses they were not used to. There would be no culpability on us, no guilt to carry. Who would say it was a genocide in Kashmir?”

His words seem prophetic and visionary seen thirty years later. No one in the world today accuses the Kashmiri Muslims of committing a genocide on their neighbors. On the contrary the Kashmiri Muslims are crying ‘victim’ for their disconnected phone connections and the democrats, the liberals and the labor parties of the world are not only listening but shedding tears at the gross violation of human rights.

Wasn’t it the biggest mass delusion of all times when four hundred thousand, many times more outside Kashmir believed that it is only a matter of time, a few months at the most when the Kashmiri pandits will come back amongst the same people who had threatened to lynch them?

I had listened to the details with a sense of déjà vu, an unreality that pores down to my bones even today. The precision, the planning, the execution had been flawless to the last detail. The atmosphere in the group had turned unreal, surreal and a bit nauseating. Every sequence in it had been given attention to and worked out with perfection. From calculating the number of pandits in each village and hamlet, the corresponding number of people assigned to threaten them to leave and the policemen who were relied upon to look the other way, everything was precise to put even Adolf Eichmann to shame.

When the meeting had ended, I had walked away feeling emotionless. His narration rang in my ears. The murders of pandits had followed a template, a script down to the last detail. Even the date of 19th January 1990 was worked out keeping in mind logistical issues across the border. The militants and the local population had formed a team to become collaborators. Pandits were killed execution style in broad daylight so that it served as a warning for everyone to never imagine coming back to their homes. Kashmiri Muslims in this were not bystanders but active participants. The plan shrouded in secrecy and silence was kept away from the pandits, from the world at large under the umbrella of ‘Kashmiriyat’ otherwise known as mass denial.

For too long, the majority in India has been at the receiving end of violence and persecution. In Kashmir, in Bengal, in Punjab, in many other nondescript places, no one asks why certain neighbors turn on certain days saying convert or leave and ‘my God is the only God’. Why they threaten to kill, maim and intimidate those with whom they have supposed to have lived for generations in harmony? No one ever asks who started it first, least of all journalists who swear by freedom of speech. The reaction, the response becomes more important than the trigger that caused it.

There is a magical thinking that runs deep, in communities who have lived under slavery that somehow this time, things will work out if we stay silent and don’t ask hard questions. That all questions as to the motive of perpetrators be never raised. That things come back to normal if one looks at the other way, don’t look at perpetrator in the eye and demand to know why he did it. As a result no one asks why and who started the direct action day in Bengal, who set fire and murdered the women and children in Godhra train massacre?

Today, it is we who have become the new neighbors. The boundary has shrunk and is coming to our doorsteps. We didn’t speak up when they needed us. In Kashmir, in Bengal, in Punjab. We stayed silent thinking it will never be us.

As I write this, the faces of an entire Hindu family butchered to death in West Bengal stares at us asking for justice. Their murderers enjoy an impunity like every other murderer of mass violence has enjoyed in India for ages.

Only if we decide today collectively to stop that impunity that binds us and ask for accountability from our perpetrators, I believe there is hope and justice for the future generations to practice their faith without fear.

Millions have been slaughtered for their religious belief throughout our nation’s history. We as a people owe a redemption to our ancestors that their sacrifice for us did not go in vain.

A Tribute to Priyanka Reddy
December 5, 2019 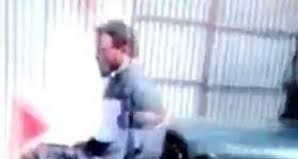 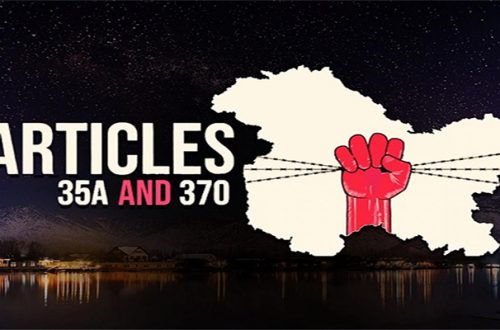